Thank you to everyone who raced the first ELV Winter Series races of 2019! It was great to see old and new faces braving the cold and shaking off the racing cobwebs and mince pies. 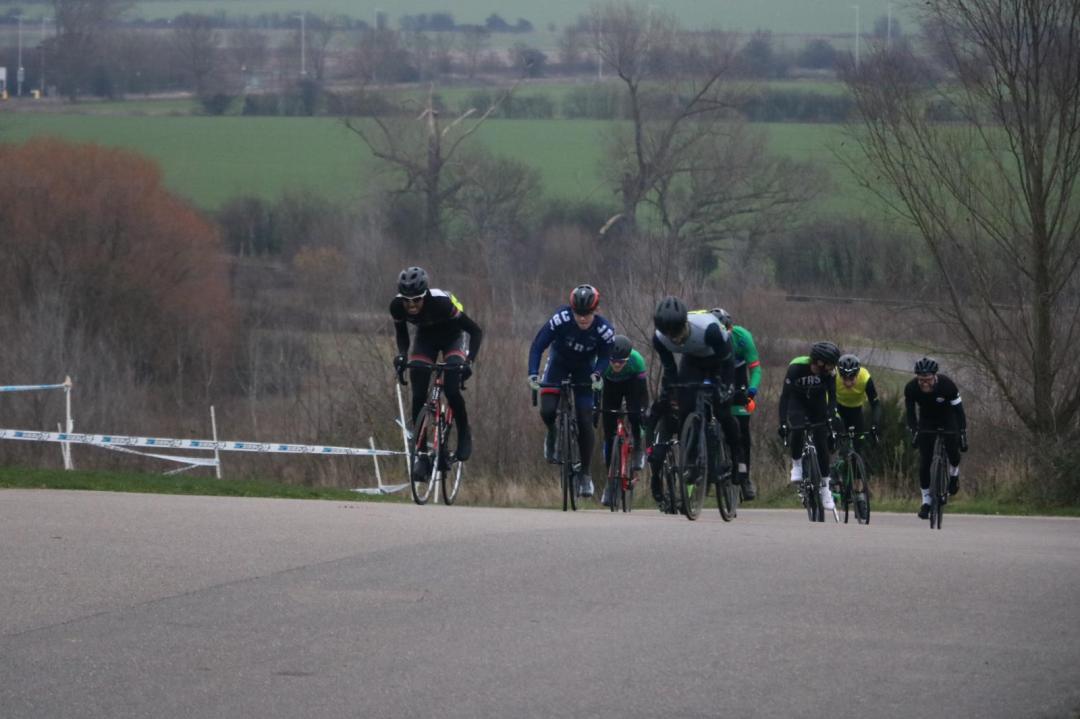 It was race one, win one for Sam Llewellyn-Jones of London Dynamo, taking first place in the 4th Cat men’s contest on his racing debut. Chapeau, Sam! Hope to see you again soon. Well done to David Newbigging (Cycling Club Hackney) and Charles Salt (Islington Cycling Club) on 2nd and 3rd place, and to our own Chris Courtney (East London Velo) on 4th.

Tamala McGee joined the 4th Cat men, owing to low numbers in our women’s field, and was awarded the win. Sorry not to have hustled a larger field, Tamara and thanks for racing. Numbers are already picking up with 4 pre-entered for next Saturday’s 3/4 women’s race. We’re running women’s races every week, alternating between E1234 and 3/4 categories.

The men’s 234 race had us on our toes from the off, with Alex Blomeley (5th Floor) leading a bold early break. Three riders went with – Colin Peck (Chelmer Cycle Club), Alexander Herd (Lea Valley Youth CC) and Thomas Willan (Pro Cycle Hire UK Race Team) – and the four proceeded to dominate the race, building a gap that would go on to become a lap as they steamed past the bunch on the penultimate loop. With the win seemingly within reach of any one of the breakway four, we were on tenterhooks as they made their final ascent of the Hoggenberg. In the end it was the initiator, Alex Blomeley, who sprinted to a clear victory, with Thomas Willan (PCH) in 2nd, Alexander Herd (LVYCC) in 3rd and Colin Peck (Chelmer CC) in 4th place.

We also saw a great performance from Edward Hales (London Dynamo) and Samuel Asker (Lee Valley Youth Cycling Club). Having decided that sitting in just wasn’t for them, they each set off alone, building a decent lead on the bunch and coming in 5th and 6th respectively. Thank you for such an exciting race!

Thanks to everyone who raced, marshaled and supported, it was a treat to see so many of you there. Entries for subsequent Saturdays are available on BC now  and you’ll save yourself a fiver by entering in advance. The circuit is a short walk from Fairlop tube (Central Line) and there’s a cafe onsite so bring your pals! We had a great first week and hope to see you next time.